While the football season has officially come to a close, most of us are still coming down from the high of Sunday’s awesome Super Bowl battle between the Broncos and Panthers. Super Bowl 50 was the third-most watched program in U.S. history (surpassed only by Super Bowls 49 and 48, respectively), with an average viewership of 111.9 million people. The 3 hour and 43 minute-long program peaked at 115.5 million viewers during the halftime show, which featured Coldplay, Bruno Mars, and Beyoncé.

The high-energy performance has generated an onslaught of Internet activity, from memes to criticisms of the show’s seemingly political messages. Beyoncé sang her latest song, “Formation”, which references Black Lives Matter and she and her dancers were dressed similarly to members of the Black Panther Party. The entire performance concluded with the crowd holding up cards, which spelled out “Believe in Love.” The message was delivered across a rainbow spanning the entirety of the stands, which was interpreted by many as a statement reflecting gay pride (incidentally, it was actually a promotion of Coldplay’s new album).

The message of all of this critique: People want their football to be free of politics and activism.

However, in a tradition that aligns chronologically with the Civil Rights Movement, there is one glaring problem that activists have a problem with, one the organization continues to ignore: racially insensitive and harmful “Indian” mascots, specifically as utilized by the Washington “Redskins.” The NFL was founded in 1920 (the team in 1932), a time when bigotry was much more accepted by prevailing culture and was often utilized in marketing language, in an act that ultimately exploited racial tensions.

Since the formation of the league, our society has seen great progress. Support for efforts of equality and the promotion of diversity and inclusion has grown tremendously. We no longer find it socially acceptable to use racial epithets, let alone seek profit from perpetuating negative stereotypes. So why is it that the National Football League — an organization in which 49% of our country participates in some form, according to recent polls — is still promoting and perpetuating harmful stereotypes? 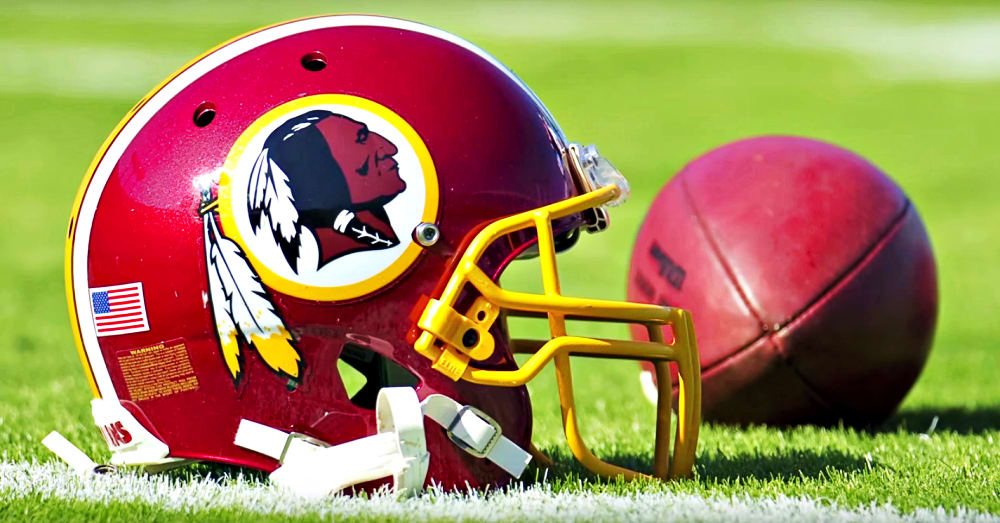 According to a 2013 report released by the National Congress of American Indians (NCAI), while Native peoples have experienced positive advancement thanks to civil rights efforts, equality remains elusive. Native peoples continue to lead statistics that suggest they are more likely than other races to experience a hate crime, and Native adolescents experience the greatest risk of youth suicide. Why? The same NCAI report offered that studies show racial tension and inequality as well as feelings of inadequacy held by Native youth are worsened by the depiction of Native peoples through harmful “Indian” stereotypes.

While the NCAI also notes that in the past 52 years there has not been a new team added to professional sports that takes advantage of racial stereotypes, the NFL has chosen to retain their current mascots. Despite growing conversation highlighting the offensive nature of the “Redskins” mascot, team owner, Daniel Snyder, continues to defend the name using sentimental rhetoric to justify his stance that he will “never change the name,” invoking ideas like, “history,” “tradition,” and “pride.”

Despite Snyder’s tactic of appealing to his fans’ sense of nostalgia, you’d think the NFL would be eager to urge him to reconsider, considering the path other organizations have taken. For example, in 2005, the National College Athletic Association (NCAA) enforced policy that placed a ban on “Indian” mascots with harmful imagery and/or language. Moreover, organizations were required to change teams with preexisting names or mascots that didn’t meet the standard.

This trend extends beyond the collegiate level, making the NFL’s reluctance to enforce similar policies even more baffling. Last year, California became the first state to ban public schools form using the phrase “Redskin” in mascots. The move is being praised as a step towards teaching young people a commitment to respect and inclusion. Hopes are high that passage of the bill will encourage other states to follow suit.

It is impossible for these positive changes to occur without acknowledging the NFL’s inaction. New figures support the notion that the organization is making more money than ever before, bringing in $12 billion in the 2014-2015 season. How is it possible that an institution of this size and value, with a fan base comprising nearly half of our country, not feel that it’s time to reevaluate its role in not only perpetuating harmful stereotypes, but also capitalizing off of them?