For years, Namibia has been battling poverty and hunger. But as of June 30th, 2016, a partial solution has been created. For families who make less than 400 Namibian dollars per month (only about 30 USD), the government will provide them with free food and other necessities.

The food bank is part of a more comprehensive project called the Harambee Prosperity Plan, which was designed to wage war against hunger in the struggling nation. Its monthly packages delivered to families include maize meal, tinned meat and fish, cooking oil, beans, yeast, flour, brown sugar and a bar of soap. The value of each parcel is about 550 Namibian dollars, more than the monthly income of these households. 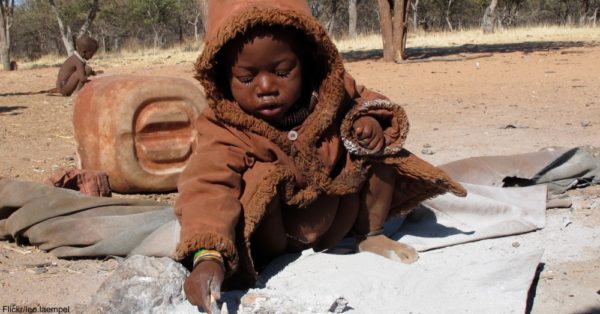 His Excellency Dr Hage Geingob, the current president of Namibia, has been encouraging this project since he was a cabinet minister. Some of his more grandiose visions of the program have not turned out as he hoped, but the most important part is that his project is helping feed the hungry. One of his goals is to have zero deaths caused by hunger once the plan is implemented throughout the nation.

The food pantry initiative kicked off by delivering food parcels to 30 families, but by December, the project is expected to be serving the entire Khomas Region, one of 13 regions in Namibia. It will likely help about 27,500 people in 5,800 households during its pilot period alone. A street committee is in place to identify qualifying needy families and sign them up for the program.

Geingob would like to make the initiative reach the rest of the country as well. He urges his people to wait as patiently as possible while the bugs are worked out of the system, allowing it to expand to other regions.

Next, read another inspiring story about people helping the hungry.