*Graphic Content Warning: The following information and images may be disturbing to some.*

David Eubank is a former Green Beret who now performs humanitarian aid work in some of the worst, most dangerous areas of the world. As the founder and leader of the Free Burma Rangers, Eubank and other Rangers conduct humanitarian missions in places where no one else can go. Recently in Mosul — the Iraqi city overtaken by ISIS militants — an act of truly heroic bravery was caught on camera in the midst of a tragic situation.

Iraqi citizens of Mosul were trying to escape the area as Islamic State snipers shot them. Members from the Free Burma Rangers (FBR) group were imbedded with Iraqi troops, aided by U.S. military personnel, to help the locals escape danger. As they went through the city with a tank in front of them, the group was trying to help the local citizens escape unharmed. Tragically, there were many who did not make it out alive. Along a bullet-strewn wall, Eubank saw a toddler, a young girl hiding, and an injured man waving for help.

They asked the U.S. forces to provide cover smoke to shield them from the ISIS snipers’ view, while Eubank would attempt to save them, starting with the young girl. 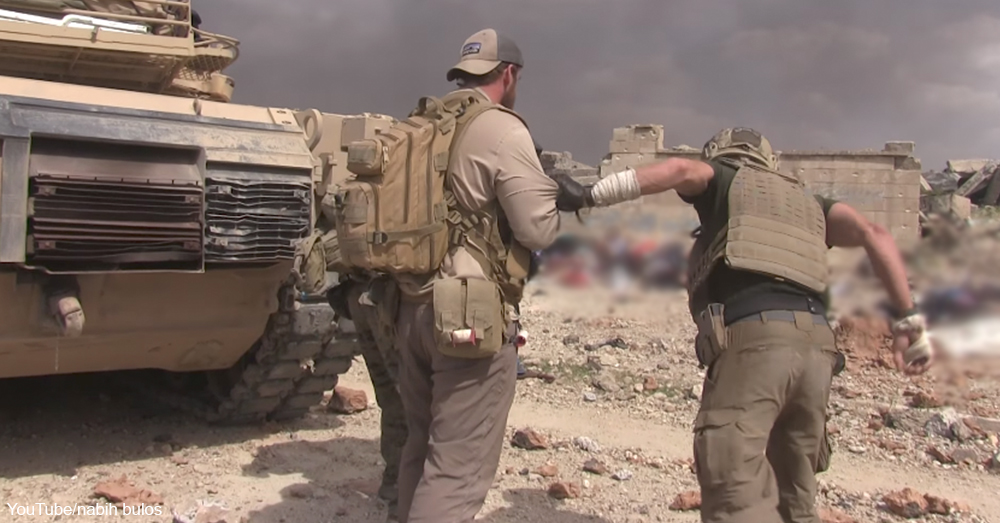 Being in a danger zone is nothing new to David Eubank or his family. After leaving the U.S. Army Special Forces, he founded the Free Burma Rangers “to bring help, hope, and love to people in the conflict areas of Burma, Iraq, and Sudan.” He started by bringing aid to Karenni Christians under attack in Burma. His wife, Karen, and their three children, Sahale, Suuzane, and Peter, often travel with him on missions overseas.

After the group shifted its focus from Burma to the Middle East, the entire Eubank family moved to war-torn Mosul to do full-time aid work. The family was living in a room above the Iraqi 9th Division medical clinic. Karen and Sahale, 16, help in the medical clinic along with giving spiritual and moral support to those who need it. Where they were living in Mosul was just one mile from the front lines where Iraqi forces are trying to fight off the Islamic State insurgents.

The family was at the clinic when David Eubank found the struggling survivors on the demolished streets. He told the L.A. Times, as he prepared the rescue attempt, “I thought, ‘If I die doing this, my wife and kids would understand.'” 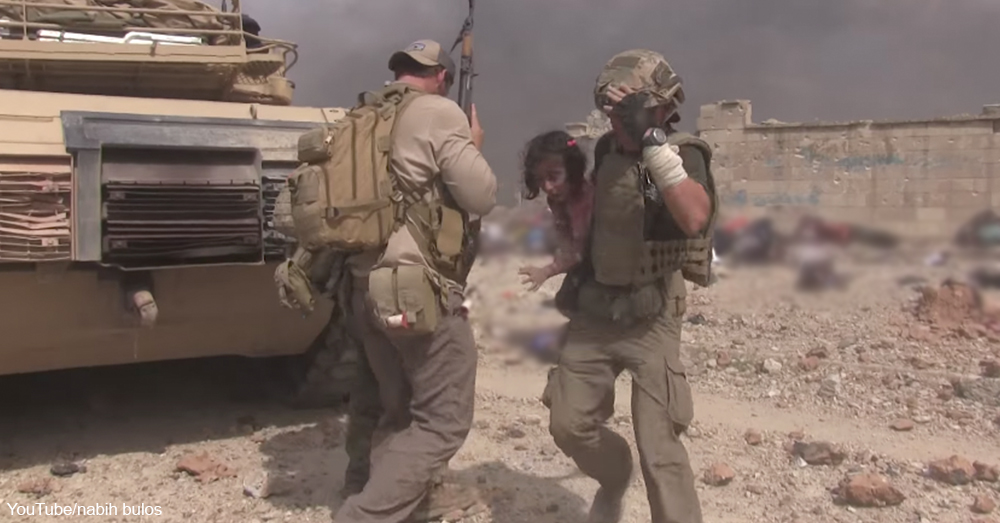 The U.S. troops laid down smoke cover. Two of the FBR members with him provided cover fire from the side of the tank. The ISIS sniper fire continued. Eubank, wearing a helmet and bullet-proof vest, made a dash for the girl. He was gone and back in 12 seconds, returning with the young girl in his arms. Her hair was tied in pigtails with pink ribbons as he carried her to safety.

Sadly, when he went back to rescue the others, he was not as lucky. The toddler was nowhere to be found, and the man had been killed by the continuing gunfire by ISIS militants. His actions in rescuing the young girl were nothing short of heroic — but this was not a Hollywood movie with all happy endings; it was the reality of life in a war zone where civilians are killed every day.

The next day, Eubank told the L.A. Times, he and an Iraqi police officer were able to save another young girl who had been trapped without water or sleep for three days. His faith inspires him to do the work he does, and the moments he is able to save lives likely helps sustain him amidst all the tragedy he sees. Now back in the United States, Eubanks says he is already planning a return to Mosul to continue trying to help those in need.

The bravery of David Eubank — like many veterans — has continued long after his service in the Army Special Forces. He still puts his life on the line for freedom, democracy, and the lives of others, but now he does it outside the military with a different goal in mind. His mission now, according to the Free Burma Rangers website, is to “bring help, hope, and love to people of all faiths and ethnicities in the conflict areas, to shine a light on the actions of oppressors, to stand with the oppressed, and support leaders and organizations committed to liberty, justice, and service.”

Watch the unbelievable rescue in the video below!
*Graphic Content Warning: The video contains violent images and may be disturbing to some viewers.*