Hunger is a growing problem in the United States with an estimated 42 million people suffering from food insecurity.

The global pandemic made the bad situation even worse, with many families seeking help for the first time. Food banks and charities are overwhelmed by the demand and need help.

But did you know that nearly 40% of all food in America is wasted?

Supermarkets and grocery stores throw away 43 billion pounds of food every year – but that is about to change in New York.

Roughly 2.8 million New Yorkers who face hunger and food insecurity are getting a helping hand, thanks to the Excess Food Law passed earlier this year.

The new law will help feed people and reduce food waste, a win for both people and the planet.

Starting late June, New York grocery stores and supermarkets will be required to donate their excess food to food banks, charities, and soup kitchens that provide free food to the hungry.

Excess food is defined as surplus food that is safe to eat but not sold by the store due to mislabeling or appearance (ugly or imperfect produce).

The organizations must pickup the donated food and coordinate with the individual stores.

“This law ensures that, in New York, food formerly destined for landfills will now be available for the more than two million state residents who are food insecure,” Senator Peter Harckham told NY1. “And with so many great community-based organizations and initiatives at work to help our neighbors, making sure they have ‘access to the excess’ will be all around beneficial.”

Part of the way to end world hunger is to end food waste. Feeding America claims there is more than enough food to feed everyone, but a majority of it is wasted.

Hunger is a global issue and some countries have passed similar laws to limit food waste and feed people.

France passed a similar law in 2016 and now 90% of supermarkets donate food to charities. Italy passed legislation that provides a tax break to farmers and businesses that donate unwanted food. Israel targeted restaurants and hotels to encourage them to donate their surplus food to people in need.

Now the rest of the world needs to follow suit, including the other 49 U.S. states.

If you are in need of help, you can click here to find the food bank closest to you.

Millions of people are unsure where their next meal is coming from. You can help by donating below to help feed hungry Americans. 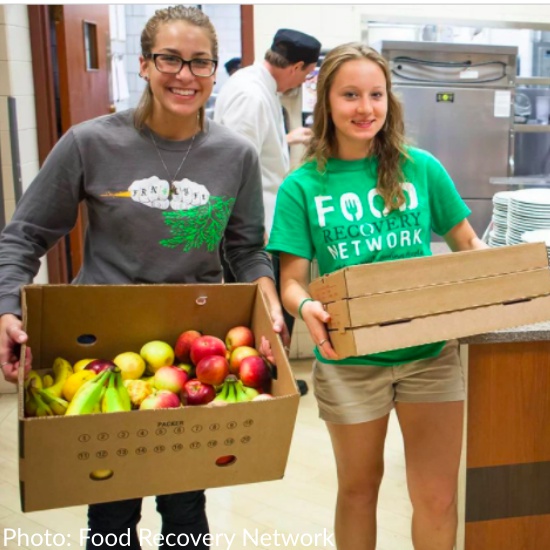 The U.S. food system is plagued by an alarming problem: nearly 40% of the food produced each year goes to waste. On top of this, nearly 50 million Americans, including 13 million children, are suffering from food insecurity. But you can help.
By giving today, you are ensuring hundreds of Americans will have full bellies.
Donate Now!