Minnesota farmer Frank Forcella grows apricots, and although the climate in this state is usually too cold for apricots, he had a huge crop in 2007. As a result, the farmer ended up with more apricot pits than he knew what to do with. That is when he came up with an idea that would turn into a new way to fight weeds without the use of herbicides.Novel Concept

The experienced farmer already knew that commercial fruit growers use leftover pits as grit for sandblasting. Large-scale operations grind pits into very small pieces that fit into high-pressure air systems. Forcella also serves as a research agronomist, and his huge apricot pit collection led to a breakthrough — what if apricot pits could turn into a way to kill weeds?

Enter the weed blaster. Forcella rigged a handheld to an air compressor and tested the apricot grit on greenhouse-raised seedlings. Inspired by the results, he then mounted his next compressor on a small trailer pulled behind an all-terrain vehicle. He understood that the technology had potential, but the next evolution needed something on a commercial scale. 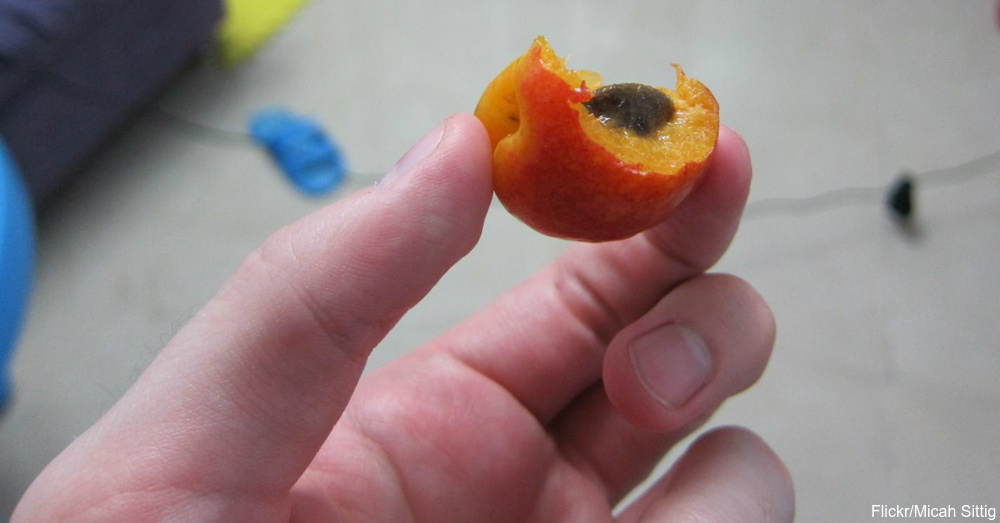 Dan Humburg, an agricultural engineer at South Dakota State University, helped take Forcella’s idea to the next level. Humburg created a system that mounts to the back of a large tractor. The weed blaster, using the same basic technique that Forcella invented, became much more efficient and less labor-intensive than before. The two men tested the tractor-hauled weed blaster on fields of corn.

Sam Wortman of the University of Illinois heard of Forcella’s weed blasting in 2011 and expanded its use to other crops. Instead of corn, Wortman blasted weeds away from tomatoes and peppers. The process worked so well that he expanded weed blasting into a full-fledged experiment at the university.

How the Weed Blaster Works

Very small bits of organic grit, made from ground pieces of agricultural residue, shoot out of an air nozzle at more than 750 miles per hour. Grit can come from any source, and the size and shape of the grit doesn’t matter. Apricot pits, ground corn cobs, walnut shells, corn gluten meal and soybean meal all provide the necessary grit particles for the high-velocity sprayer.

The grit severs the stem of the weeds, and the root doesn’t grow back. Grassy weeds continue to grow beneath the dirt line, but that’s where the second blasting comes into play to kill any leftovers. Weed blasting only works for plants that are several inches tall and have stems that are significantly thicker and stronger than those of the weeds; otherwise, the grit blast may damage the crops too.

Initial experiments with corn produced 80 to 90% weed-control effectiveness with just two applications. The first occurred when the corn was 4 to 6 inches high and the second at about 1 foot tall. When Forcella used cottonseed or canola seed meal as grit, these particles also served as fertilizer for the corn, which doubles the benefit of the weed blaster.

Wortman conducted experiments that determined the best way to control weeds using this method. Organic farmers place plastic mulch on the ground to keep weeds down. Weed blasting then kills any weeds that pop up close to the plants in the holes of the plastic. This technique kills 69 to 97% of weeds compared to nonweeded plots of land. Weed blasting shows promise for the future, but more farmers have to embrace this technology. 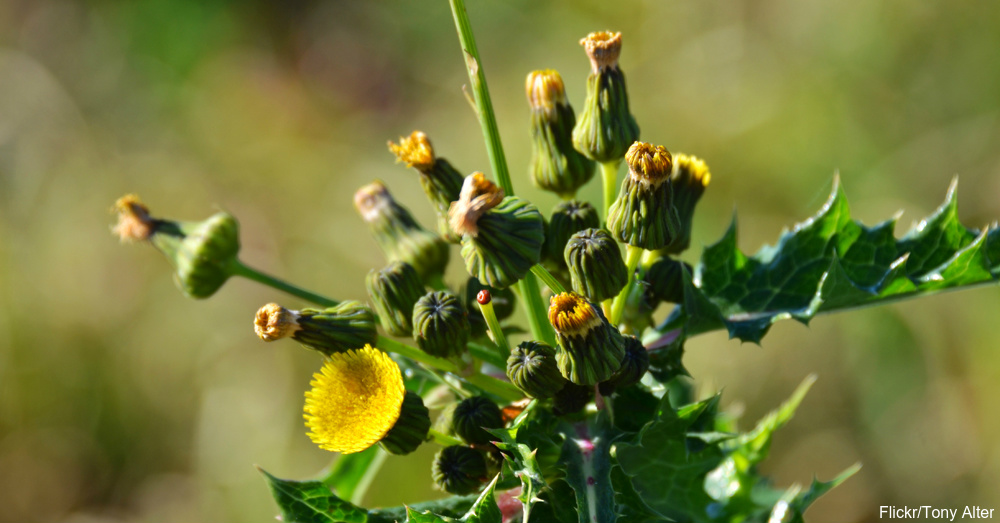 What This Means For the Future of Farming

Weed blasting has showed great results thus far. In the University of Illinois experiment, fruit yields reportedly increased 33 to 44% over nonweeded land and were about the same as those obtained from land weeded by hand. Weed blasting saves labor but is still about five times more expensive than using conventional herbicides. However, when organic farmers consider the possibilities of combining weed control and fertilizing, the usefulness of grit blasting for agriculture becomes clear, especially since smaller systems cost between $2,000 and $3,000 to make, allowing smaller producers to build their own blasting applicators.

After that, the only thing farmers need is a continuous supply of organic grit. Grit products are readily available as leftovers from other, large-scale agricultural processes. Weed blasting is a win-win situation for everyone because farmers now have a use for agricultural byproducts that double as a weed killer and fertilizer without the use of harsh chemicals. If the costs come down due to more investment, weed blasting could be the wave of the future for organic farmers.Eating organic foods could actually lessen humanity’s impact on climate change. See how you can lessen your carbon footprint by eating your way to a better planet.