Living in a tent city is far from ideal, yet many people who are homeless in America somehow make this type of living arrangement work despite the unsettling conditions. For many of the nearly 600,000 documented homeless in the United States, a tent city is a home by choice. For others, they don't know any other way of life.

The Case of Seattle

People who reside in tent cities in Seattle turn living without a permanent home to a civilized form apart from normal society. Some areas have a small form of government, such as in one camp called Nickelsville; one person is in charge of security, one person makes executive decisions for the good of the camp, and a working system manages the chores. People earn their keep in Nickelsville by working security or cleanup for a few hours each week. The camp, though rustic and low-tech, seems to work without much trouble. Police generally leave these Seattle tent cities alone. 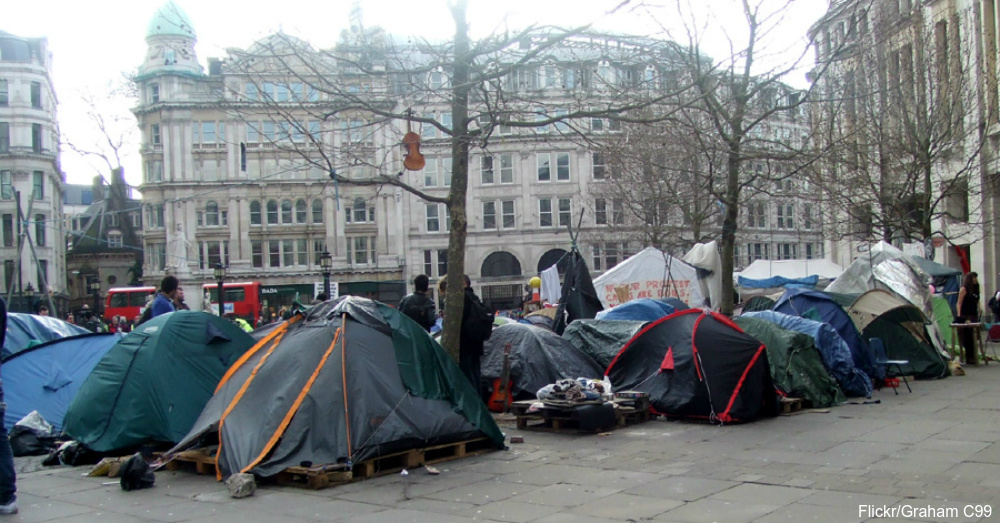 Occasionally, police get involved with a tent city arrangement in Gainesville, Florida. One prominent settlement exists on some wooded property owned by Larry Carlton, a local businessman. Carlton says that he doesn't have any warm feelings towards the homeless people living on his land; he simply understands that they have no place to go. Every six or seven years, police have to clear out this tent city because of drugs, crime or violence. Eventually, people return to Carlton's property because it's relatively safe.

Carlton enlists the help of one of his employees to keep track of everyone there. The names of people are given to police in case of emergencies. In general, Carlton's arrangement is peaceful.

The Situation in Dallas

One tent city in Dallas sits beneath a bridge that forms part of Interstate 45 near downtown, and local authorities want to disband the camp after finding shelters for everyone. This tent city has rules that segregate Spanish speakers on one side, drug users on another, and people who drink in a third section. The tent city has just one rule: Don't steal from one another. The punishment for breaking this one rule is banishment, often enforced by one person recognized as a mayor-like figure. 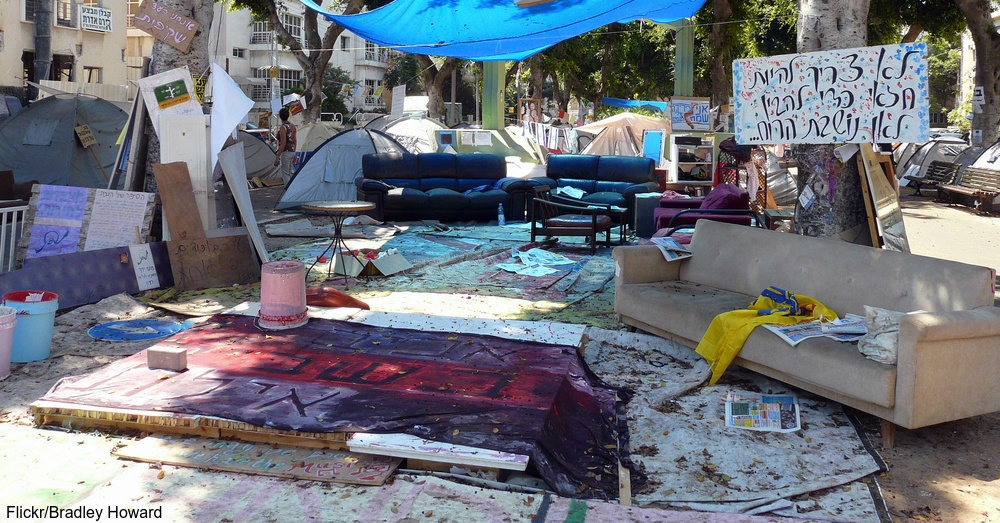 In 2013, as many as 100 tent cities existed across America, even in Alaska and Hawaii. Freedom is the one main reason people choose a tent city over a shelter. A homeless shelter can have strict rules such as limited visitors, curfew, no alcohol, and employment requirements. A tent city doesn't have such stipulations. Some people who are homeless say a shelter is “one step away from jail.” Instead, tent cities crop up so people can have some sense of freedom, even if it means living in poverty and in less-than-ideal conditions.People who are homeless may reach that point because of circumstances beyond their control, yet it may be difficult to get out of such a situation.

Food insecurity is one of the primary concerns faced by those living without a proper roof over their heads, but they're not the only ones. There are over 16 million children from struggling families who don't get adequate nutrition. Find out how you can help provide sandwiches for people who know firsthand that food can't be taken for granted.