Homeless people are often ignored or demonized by society as they struggle to survive on almost nothing. One man decided to help by giving out survival kits, which provide basic physical necessities as well as the less tangible gifts of dignity and personal connection. Tom Bagamane was raised in Washington, D.C. He was walking through the city one cold winter night when he noticed that the city’s homeless people were huddling around steam vents and other warm places, trying to avoid the harsh weather. Bagamane decided he wanted to help, and asked his family to skip Christmas presents that year and help him reach out instead. They agreed, and they began a tradition of handing out warm clothing, food, drinks and other necessities to people in need. 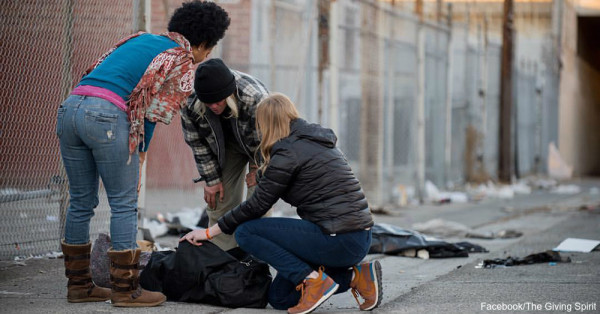 Eventually, Bagamane moved to Los Angeles, which has a massive population of homeless people. It was there where he decided to increase the scale of his project by founding The Giving Spirit, a nonprofit organization that hands out survival kits twice a year. Volunteers get together to pack bags full of up to 70 items, including toiletries, socks, food and seasonal necessities. Bagamane wants the kits to help people stay safe and healthy, as well as help them clean up for job interviews, shelter applications and other important meetings. 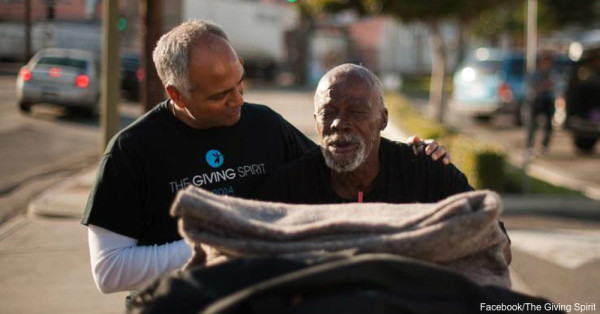 His mission is working. One success story in particular is that of Ezzie, a formerly homeless veteran who received one of The Giving Spirit’s survival kits. The connection he made with the volunteers who gave it to him, as well as the benefit of the bag itself, stuck with him. After he was eventually able to secure housing, he was so grateful for the assistance that he decided he wanted to keep paying it forward. Ezzie later became a lead volunteer with The Giving Spirit and hopes to help others the same way he was helped. Homeless people face daily struggles for survival, but kindness like that of The Giving Spirit volunteers helps them live a little more comfortably. Learn how one jilted bride turned her cancelled wedding into a means of helping homeless families.