Hunger is endemic in the developed world, an unfortunate situation that few expected to persist into the 21st century. Income disparity, educational deficits, and unequal distribution of resources mean that, sadly, many people fall through society's gaps and find themselves hungry, jobless, and potentially homeless or vulnerably housed. Fortunately, there are many people who are working hard to end this problem. One Alaskan organization, Bread Line Inc., has set up the Stone Soup Cafe to try to address the underlying issues that lead to community hunger as well as providing food to those in need.

Named after the famous story where the protagonist encourages a whole village to share its food by starting with a boiling pot of water containing nothing but a stone, the cafe is based in Fairbanks, Alaska, a community with a particularly high rate of food insecurity. One volunteer who conducted research found that, among the people she asked who lived within a one-mile radius of the cafe, around 20% of locals had been without food for a full day at least once in the previous year. 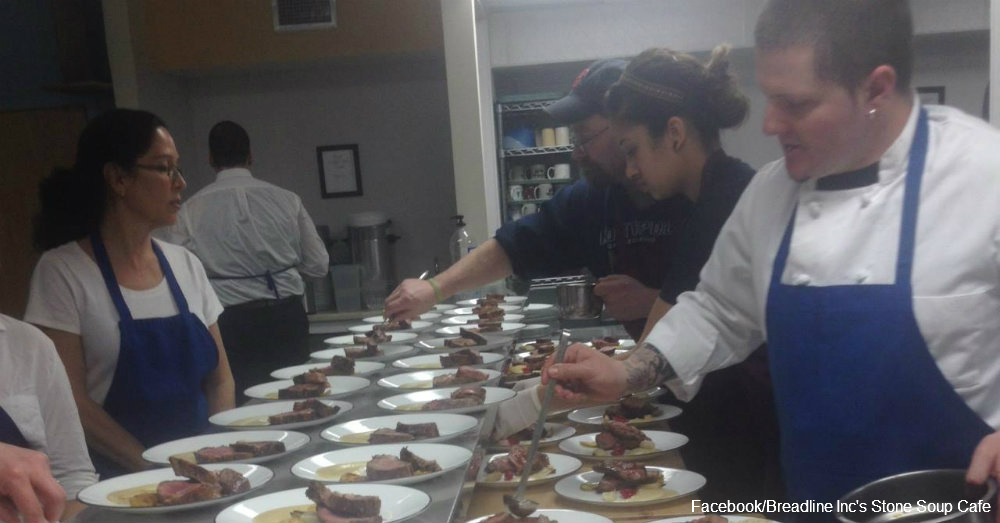 The cafe therefore meets an immediate need by providing breakfasts and sack lunches, but there's more to the project than simple handouts. Part of the organization's mission is to run a job training program, Stone's Throw, to help long-term unemployed people back into work. The program focuses on food service roles, and it is based on the FareStart model created in Seattle, Washington. This is a tested model that provides support as well as training and tools to people who need to develop new skills and habits to return to the workforce. This project is self-funding and supports the work of the cafe.

Another way that the organization supports its work in feeding local needy people is by growing its own food. The aim in creating the garden on a local empty lot was to increase food security for patrons of the cafe and to reduce dependence on donations. It's working so far; despite only beginning planting in summer of 2015, plenty of salad has already been harvested, and work is underway for even more produce this year thanks to the project's amazing volunteers. The eventual goal is to grow 25,000 pounds of food annually, and as the skills and resources of the workers grow, this should become easier with each passing year. 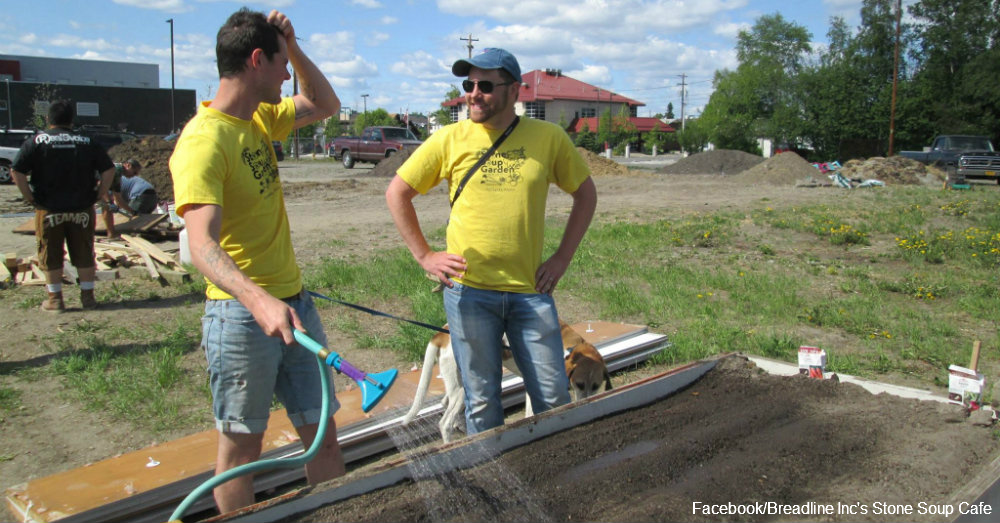 Volunteers at the organization are also encouraged to run projects of their own to develop community responses to hunger and joblessness. One example is a drive to encourage small sections of the community to share food in the form of potlucks and community meals. As well as helping limited resources to stretch further and reducing waste, this also fosters a sense of community and enables local growth by helping residents to learn more about, and become friends with, one another.Local solutions to local problems are a great way of addressing issues such as hunger and joblessness, but these are really global problems that can only be truly addressed if everyone takes on the commitment to make a difference. You can make a difference to those in need whatever your own situation may be, and even if your own community doesn't have the same issues. Find out how to donate to great causes like this today.