Debbie Dooknah, manager at the Grand Central Station Starbucks, knew from a mutual friend that the young man she was interviewing was homeless. She saw something in him that motivated her to give him a job as a barista and become a mentor to him. That young man, Matthew Tejeda, proved her right. He worked his way up at Starbucks, he found a place to live and even found a new career. 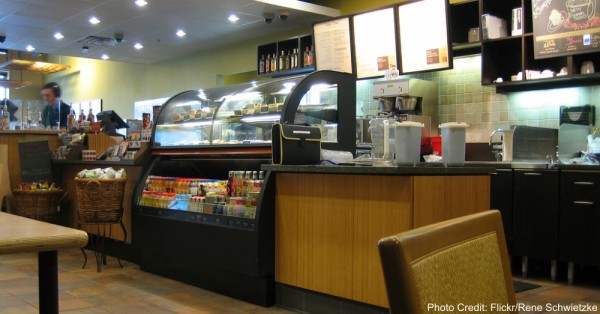 Matthew had a tough life growing up without having his parents around, and he often ended up staying with friends. According to Upworthy, at 19, Matthew ran out of places to stay and ended up at a local homeless shelter. Living in New York City, Matthew wasn’t able to get his own place right away when he started working at Starbucks, so he had to overcome the difficulty of living at a homeless shelter while holding a steady job.

Debbie didn’t tell anyone that Matthew was homeless; she knew he wanted to keep that part of his life a secret from coworkers. He steadily rose up the ranks, getting promoted to shift supervisor after six months and then assistant store manager after a year. His higher wages, with some assistance from the Starbucks Caring Unites Partners Fund, helped him secure an apartment of his very own.

Every day, Matthew kept a key in his pocket to remind him of his dreams. Because of his determination and the way Starbucks looks out for its employees, Matthew was able to replace that key with one for his new apartment. He then decided he wanted to help other people find their dream homes, and Forbes reports that he now works in real estate – but he still takes a few shifts at Starbucks every week as well.

Matthew was able to get out of a difficult situation due to hard work and the help of others. Do you have any inspirational stories about overcoming the odds? Please share!