San Francisco is an area where real estate is in short supply and high demand, leading landlords to increase already high rents. That’s what happened to the Fraternite Notre Dame Mary of Nazareth Soup Kitchen, a kitchen that feeds the homeless, run by two nuns who sleep in the back after a long day’s work. A significant rent increase left the nuns unable to pay rent and in danger of eviction. That’s when Tony Robbins entered the picture with a generous donation and a plan to help. The Fraternite Notre Dame Mary of Nazareth Soup Kitchen and Tony Robbins were a match made in heaven. 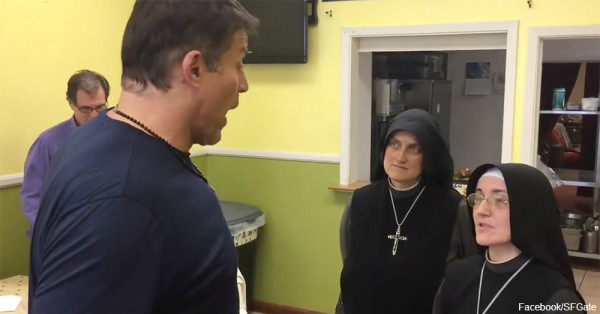 The kitchen has been feeding the homeless in San Francisco for eight years. Robbins is a life coach and philanthropist whose programs feed 4 million people every year.

According to the Good News Network, the nuns’ landlord raised their rent 60 percent. They went to the Chronicle, which printed a story about their dilemma. Robbins read the story and decided to pay the nuns a visit. 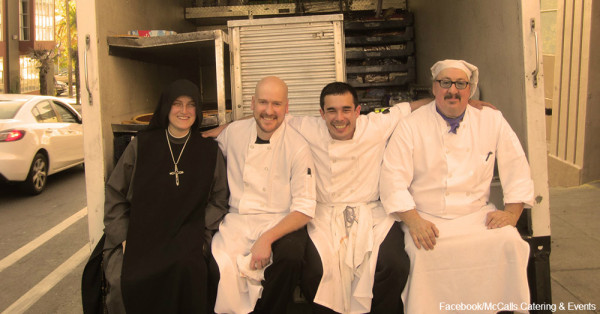 Having once been homeless, Robbins realizes how important the generosity of strangers can be.

After speaking with the nuns, Robbins gave them a check for $25,000 and promised another check for the same amount, enough to not only pay their rent for a year but also find a new place. He didn’t stop there, though. Since the nuns only make money by selling their baked goods, Robbins decided to put his expertise to use and develop a business plan with them. He also has several connections in San Francisco, whom he plans to contact if the nuns need help finding a place.

Robbins isn’t the only stranger to lend the nuns a helping hand. Others have set up crowdfunding pages, including one that brought in over $10,000. Robbins never forgot the impact generous people had on his life, and he has chosen to pay it forward through his charitable actions.