When Fare & Square opened its doors in September 2013, it became the first nonprofit grocery store in the United States, created to make a difference in the community instead of make money. Two years later, the grocery store introduced incentives as an initiative to get nearby residents to eat healthier. Fare & Square offers discounts for people through a free membership called the Carrot Club. When customers purchase fresh fruits and vegetables, they receive a 3-percent discount on their grocery bills. Depending on a customer's income level, it is possible to get up to 10 percent off a future purchase. Carrot Club members even get to take home free produce every week, such as apples, onions, and potatoes, depending on what the store has in stock. 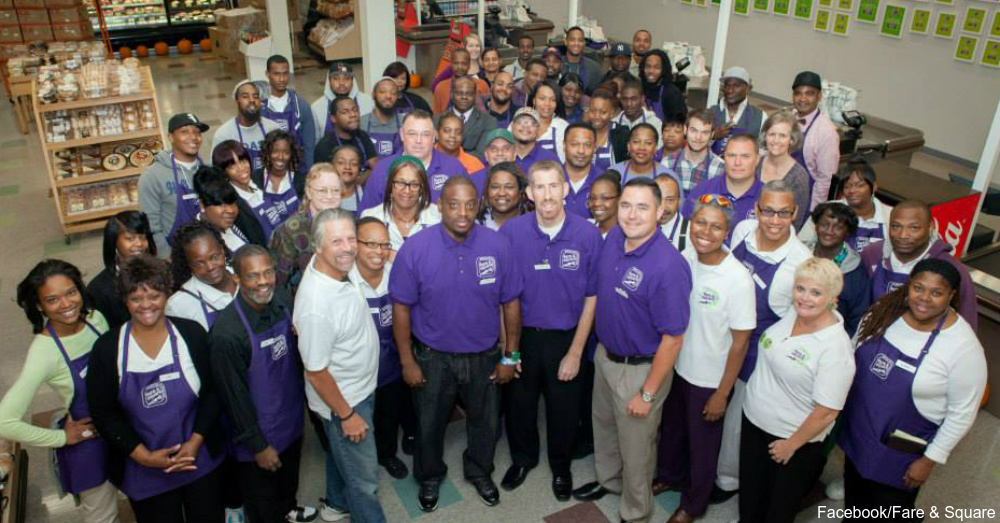 Fare & Square's discount offerings come as a result of its initial success. The store filled a huge need in Chester, Pennsylvania. This Philadelphia suburb didn't have a grocery store for 12 years until nonprofit agency Philabundance opened Fare & Square on a busy street corner. The store is in a unique situation because it has to keep costs low while offering customers healthy food to eat. Therefore, the store's managers watch people's buying habits closely and try to cut costs as much as possible. Even if the supermarket has to eliminate a few choices, some fresh produce is better than none in a community that struggles to make ends meet.

As many as 31% of Chester's residents live below the poverty line, and this grocery store gives them more than just good food. Employee wages start at $9.50 per hour, as of 2016, while others can earn up to $15 per hour. Philabundance relies completely on donations, and other organizations have stepped in to continue the good that Fare & Square does for Chester residents. The Philadelphia Union Foundation, which is the charitable arm of the city's MLS soccer team, donated $25,000 to help Fare & Square continue to give this community exactly what it needs most — hope.Fare & Square is a unique program that provides good food at a low cost to residents of Chester. If you believe everyone has the right to food, sign this petition asking the right to food be recognized in the United States.