You may remember Allison Christensen from the wallet she made for Russell Wilson in 2013. During that time in the hospital, a visit from a Super Bowl champion quarterback wasn’t the only thing she got, as the Make-A-Wish Foundation also gave her one wish. Allison wasn’t sure what to use it on, so she waited awhile to redeem it. The wish Allison chose taught everyone involved a valuable lesson about generosity. According to USA Today, Allison and her family discovered she had an enlarged heart in 2013. She needed a transplant to survive, and while she was waiting, Russell Wilson stopped by for a visit. Allison had been making wallets out of duct tape to pass the time, and she gave the quarterback one in blue and green, the Seahawks’ team colors. 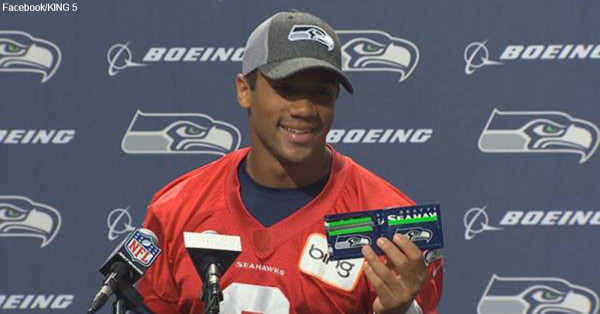 Allison got that transplant, but she didn’t use her wish. While her family gave suggestions, she wanted to come up with something on her own. Then, 14-year-old Allison remembered what it was like spending time in the Philippines as a child, and how many children in the country didn’t have clothes or shoes. According to King 5, Allison decided to use her wish to provide shoes for children in Haiti because the earthquake the nation had experienced left children without such basic items.

Toms, a shoe company in California that already donates shoes to those in need, was happy to help. 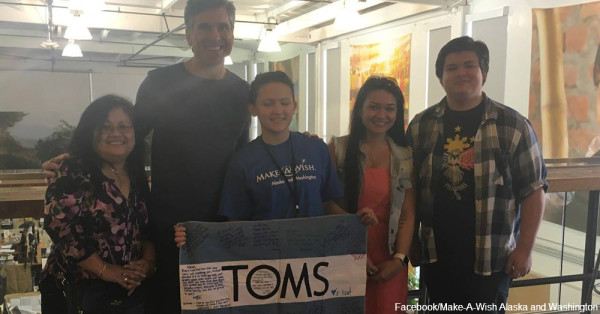 The company made Allison’s wish come true by supplying shoes to an entire school full of kids in Haiti. Toms also brought Allison down to California to reward her for her generosity by letting her pick out any shoes she wanted. Allison’s giving spirit shows that anyone with the right attitude can help another person.