Reducing food waste has become a popular topic, with recipes for using up leftovers or preserving excess produce now commonplace. However, the idea of sharing food that is not needed with others is less well accepted, even though it can lead to huge reductions in waste. One community in the Basque region of Spain is finding ways to overcome this reluctance by making it a community project.The concept used by the town of Galdakao is called the solidarity fridge. An expansion of a German system that allowed Internet users to let others know when they had available leftovers to collect, the solidarity fridge is a physical repository for all sorts of spare food in the community, which people can access at any time. Alvaro Saiz, who previously worked at local food banks pitched the idea to the mayor, Ibon Uribe, who allotted a budget of about $5,500 for startup costs, certification and power. 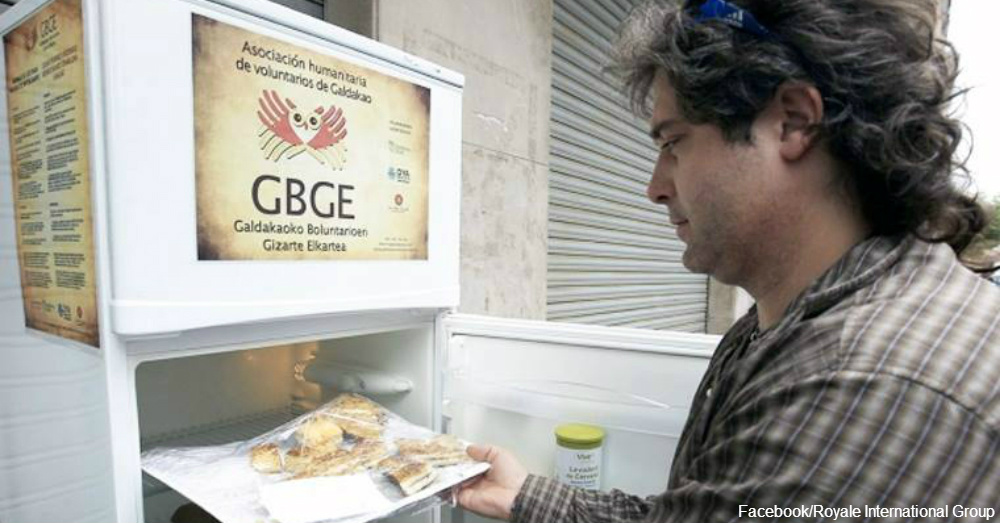 Certification and insurance were necessary before any food could be shared, to make sure the town is not responsible for any food-borne illnesses. To help keep the project safe, raw meat, fish and eggs are not allowed to be placed in the fridge at any stage. In addition, homemade cooking must be clearly labelled with the date of production. A set of dedicated volunteers also clears out the fridge regularly to make sure nothing is out of date, at least in theory. In practice, no food has been left for long enough to be cleared in this way, and in the first two months of operation, an estimated 440 to 660 pounds of food was saved from the trash.

The idea has been copied by other Spanish towns, many of which are still suffering from the results of the recent economic crisis, and this simple method of sharing has sparked interest in other countries, too. However, a similar American project set up by university students in Yolo County was shut down by health officials who declared the project to be an unregulated food business and a risk to public health. The students who ran the project remain undeterred, however, and they are looking for ways to implement this food sharing idea.Finding new ways to prevent hunger and waste is important, but it's also important to remember that there are already ways to help alleviate the effects of food insecurity. Find out how you can help today and make a difference, wherever you are.