What do you get when you amass 258 trucks, $4.5 million in donations and 14,000 hay bales? It's the Burrumbuttock Hay Runners to the rescue. This group completed its 11th run from New South Wales to Queensland, Australia, and the huge convoy gave help to those who needed it most in April 2016. 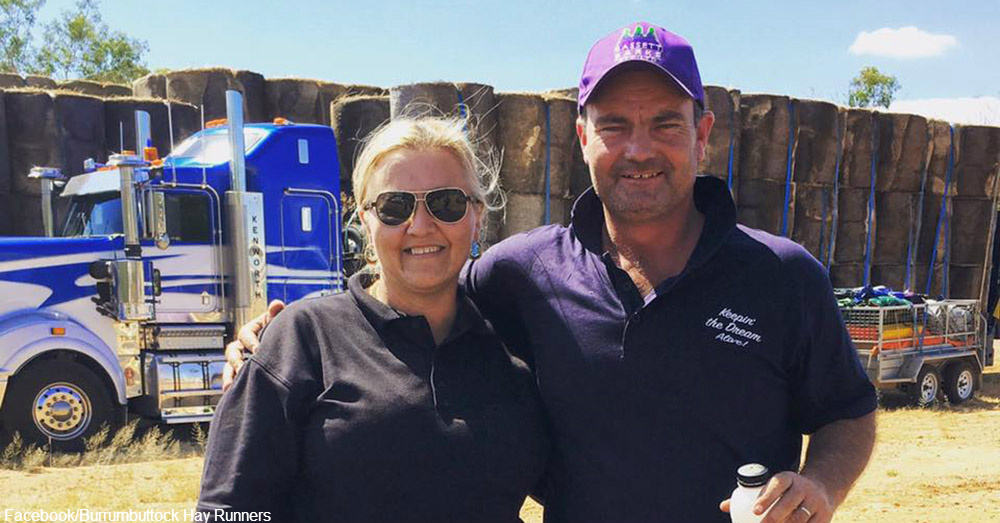 The 258 semis traveled more than 1,100 miles over two days to deliver hay bales to more than 800 Australian ranchers and farmers struggling through a horrible drought. The local area received assistance thanks to 500 volunteers, plenty of cash donations and a record delivery. The 14,000 hay bales broke the record of 4,500 bales set three months before this awesome display of solidarity with Australia's farmers and ranchers. On the 11th run in April 2016, a member of Australia's parliament, Pauline Hanson, made the journey to let the ranchers know the federal government hadn't forgotten about them. 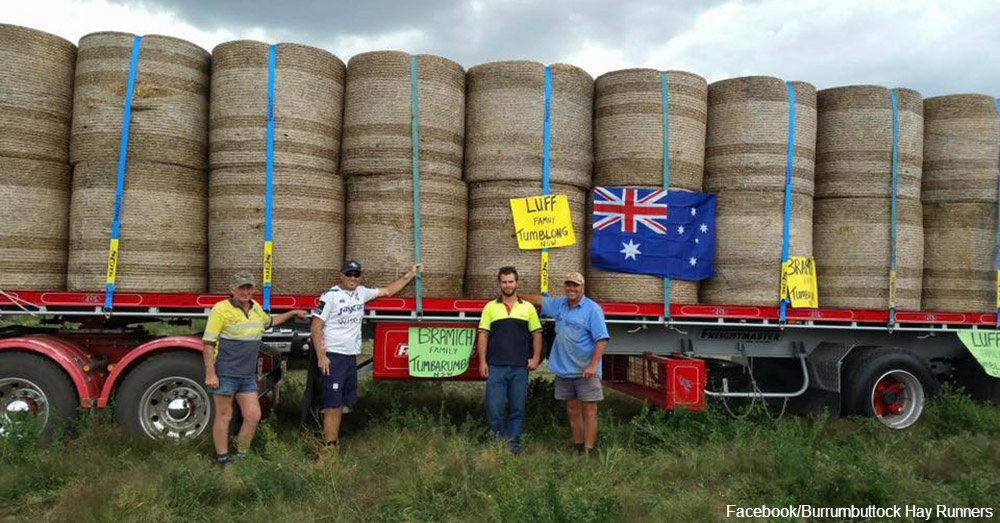 Patrick Burke is a veteran of the Burrumbuttock Hay Runners and has made all 11 trips from 2014 to 2016. He doesn't even own a truck, a trailer or hay, and he manages to come out to help Australia's farmers as much as he can. Brendan Farrell, founder of the group, believes in the human spirit of giving that leads hundreds of volunteers to service farm equipment, offload the hay and maintain the trucks that travel to Queensland. Farrell says that without Australia's farmers, the country could be in a world of hurt in 10 years if the drought persists. 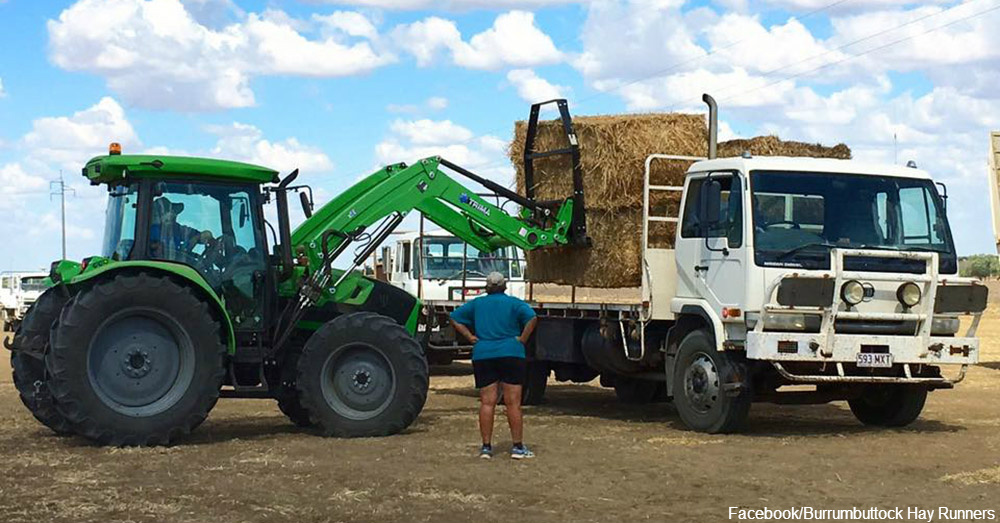 The entire highway fills with truck after truck after truck for several miles as the rigs travel down Australia's highways. The massive undertaking needs five months of planning even before one hay bale loads onto the back of a semi-trailer. After the run in January 2016, many Australians called for Farrell to be voted Australian of the Year for his tireless efforts in the name of complete strangers he's never met. 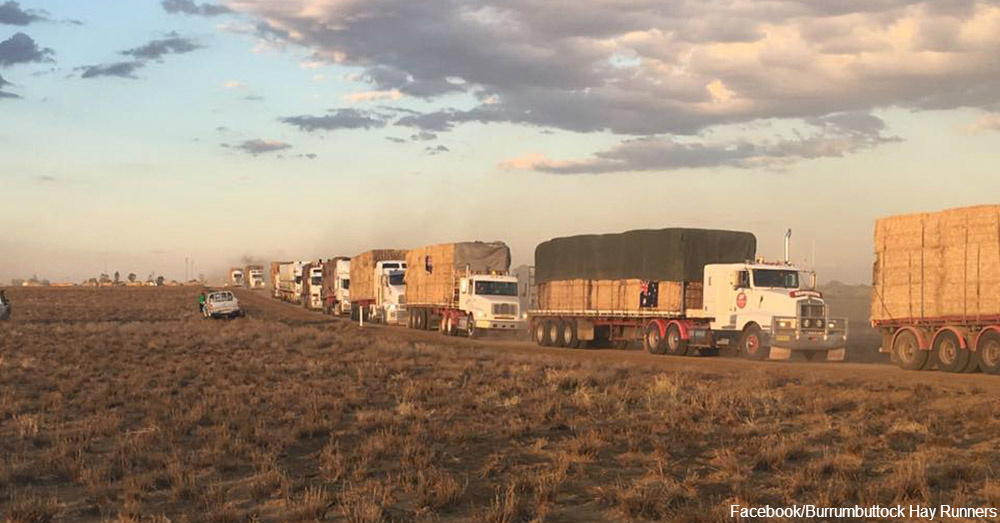 Rancher Ashley House traveled 75 miles to pick up some of the donated hay for his cattle and sheep. He says the drought makes everything more difficult for his animals, especially as mothers try to give birth to their young. Residents of the drought-stricken area greet the convoy with cheers and tears of joy as the massive trucks motor into town.

When Australia's farmers and ranchers needed assistance in a time of dire need, their countrymen stepped up and delivered in a huge way. What other ways have you heard of that help the planet and your fellow humans? Share your story.