Drivers are usually loathe to see flashing police lights behind them, but one Michigan driver was stunned when a routine stop led to an incredible act of kindness. “When he hit the lights, I did what probably everybody would do,” LaVonte Dell said, recalling how his heart immediately dropped into his stomach. Dell correctly suspected the officer may have flagged with his tinted windows.

But when the cop saw Dell’s three-year-old daughter in the backseat, the situation really took an unexpected turn. 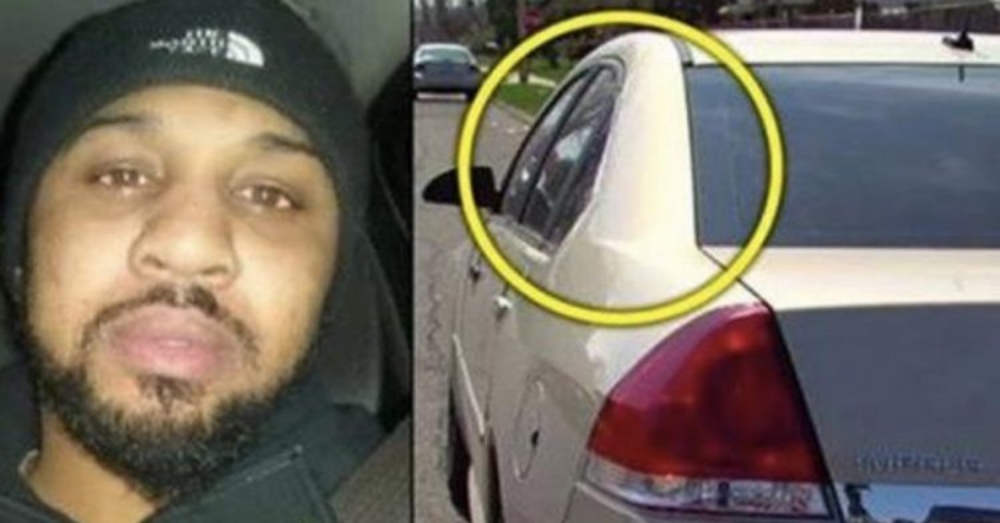 “I asked him why is she back there without a car seat. It’s not safe,” the officer, Joshua Scaglione, told WXYZ. “He teared up a little bit and told me he was going through some tough times.”

Scaglione instantly asked Dell to get out of the car, which caused the driver to fear the worst. However, the officer had already decided on the appropriate course of action. And, surprisingly, he just wanted to talk.

“I related to the fact that I’ve been in that situation before,” Scaglione said. “I realized this was the perfect opportunity to help him,” he added, describing Dell as a “blue-collar hard-working guy who was doing the best he could for his family.”

Instead of writing Dell a ticket, the pair instead drove to Walmart, where Scaglione purchased a car seat. “You would have thought we were best friends,” Dell recalled of this unlikely couple’s trip around the store. “No awkward silence. I learned about him. He learned about me.”

Afterwards, Dell realized he’d never asked for the officer’s name. So he posted this unlikely encounter to Facebook, where it quickly went viral. “I feel like he should get the recognition. Everyone should know what he did,” the Michigan father explained, noting how this unexpected encounter has changed the way he views police. Don’t “judge a book by its cover,” he said.

Others cheered Scaglione for going above and beyond the call of duty.

“Thank you to the officer for making sure that little girl was safe and treating her father as a human being,” one reader commented online. “Sometimes you just don’t have the extra money you need for something you need in life,”

“Thank You, the safety of the child was the most important thing on the Officers mind. God Bless. We all go thru hard times, but there are truly people that care !! Amen,” noted a third.