When you’re 5 years old and craving pizza, it may seem like an actual emergency.

Five-year-old Manuel Beshara was at home with his 15-year-old sister Madonna Beshara when he got a hankering for some cheese pizza. He told Madonna he was hungry, but when she went into the kitchen to make him a bowl of cereal he decided to take matters into his own hands instead. 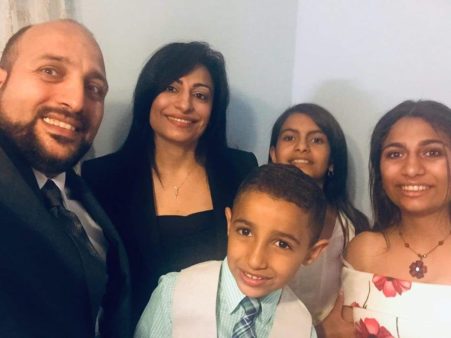 Manny dialed the only number he knew off the top of his head, and one that he assumed would put him in touch with the right people to get him some pizza: 911. “I want you to bring me a pizza please,” the little boy told the 911 dispatcher. Madonna came into the room just in time to hear him talking to the operator and in a panic, hung up the phone. Seconds later the phone rang again.

“Two seconds later I answered [the phone and it] was the sheriff’s department,” Madonna recalled. “I was like, ‘oh God, what did he do.’” Fearful that pizza was a ruse and the child needed help, Officers Morales, Mejia, and Hernandez soon pulled up outside the family’s Sanford, Florida, home to do a wellness check on the boy. 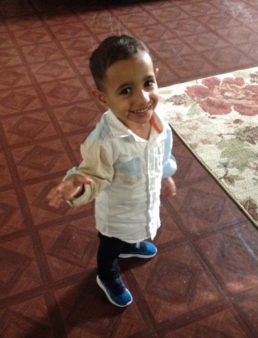 “After arriving on scene, officers met the young boy and his older sister,” the Sanford Police Department wrote on Facebook. “She told officers they were fine and her brother had grabbed the phone without her knowledge. Officers used it as an opportunity to teach about the proper use of 911.”

That’s when this story takes an unusual yet heartwarming turn. Instead of giving the child a stern lecture the police officers went out and bought Manny the cheese pizza he’d wanted in the first place! By that time Manny and Madonna’s mother Faten Adel had returned home, and while she probably wasn’t pleased with her son’s mistake they all had a good laugh thanks to the officers’ efforts. 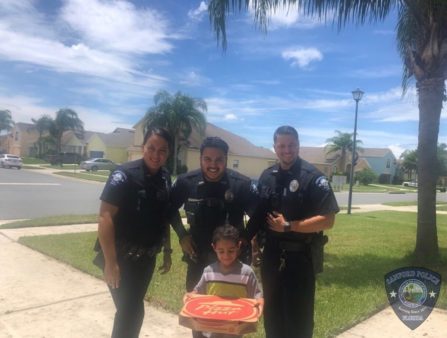 Learn more
After the story made the news and went viral online, the family decided to express their gratitude for the officers’ kindness in the most appropriate (and tasty!) way they could think of. Faten and her three children ordered several pizzas and personally delivered them to the Sanford Police Department.

All’s well that ends well, and Sanford Police Chief Cecil E. Smith says the boy’s mistake should serve as a helpful reminder to all kids in the area: #dontcall911fordelivery! “I think the little man understands now what 911 is about. Having the officers go out and have that life experience with the young man — that is outstanding,” said the Chief. 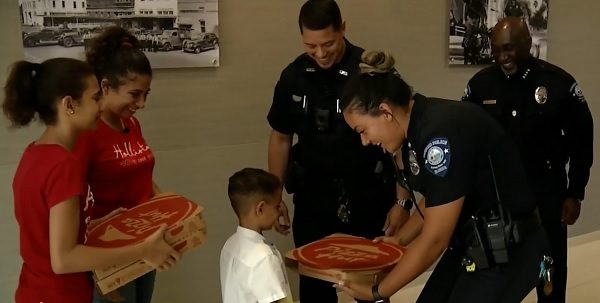 This is a story his family is probably going to tell for the rest of his life! Thank goodness the cops in Sanford were so kind and understanding. Hopefully, other children will learn from this mistake and only call for emergency services if there’s an actual emergency. Pizza emergencies don’t count!

Please share this story to make someone smile today.